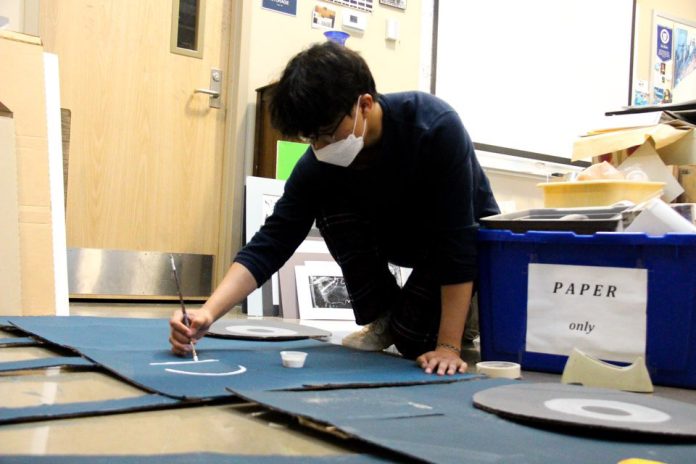 Written in Collaboration with Mohid Ali (’24)

In just a few days, dazzling fireworks will light up the lake, pep bands will fill the stadium with sound, and the Cyclone football team will line up on the Hoot Gibson Field to face their opponent, the OKC Patriots. Packed with events such as an “all school” pep rally, a “Loop the Lake Parade,” and a Fall Festival all taking place on campus, 2022’s Homecoming certainly seems to be the event to beat. With such an ambitious plan, many factors have gone into planning the large event. As we head into the busy week there are many noteworthy events to consider that will all contribute to make Homecoming week memorable. With this year’s theme being “Glow Big or Go Home,” Casady plans to shine like a star.

To promote hype for the big game, each school day for the week will have an unique theme for the student body. Monday will give students a chance to show up to school in their PJs, inspiring students to “make themselves at home”. Tuesday will be Jersey day, encouraging students to represent their favorite teams. Wednesday will have a tourist theme, making school a “home away from home”. Thursday is “Homies Day”, allowing for students to show their close bonds by matching outfits with their friends. Finally, on Friday, students will wear their homecoming shirts or spirit wear to show off their support for our Cyclone athletes while they compete at their respective games.

To kickstart the show, all four Upper Division grades will take part in the Powderpuff games. Powderpuff is an annual event in which the senior and junior girls take part in a football match, and are typically coached by representatives in their grade. However, steps have been taken to ensure that every grade can participate this year, with combined underclassmen and upperclassmen teams. The coaches behind each team have put much work in ensuring a victory for their respective teams. Head coach of the Junior powderpuff team, Milin Kumar (‘24), talked about how he and his assistant coaches have prepared for the upcoming games. When asked how he and his team planned to practice, he stated that his team “planned to have a practice later throughout the day and hopefully get an idea of how each person plays their position.” With the help of a few additional friends, including some members of the boys football team, Kumar and his team have “drawn up plays to utilize in the match.” With a competitive spirit from all opposing teams, Kumar states that winning will be “mainly for pride,” but “also something to have a fun time with.” The coaches will have to wait until Monday to view the fruits of their labor, with the preliminary matches between the underclassmen and upperclassmen commencing at 6:30.

Tuesday has a more laid back schedule, with opportunities for students to relax with classic games such as cornhole, spikeball, and boardball set up around campus. Once school ends however, it’s game time and all cards are on the table. The championship for powderpuff starts at 7:00 on Hoot Gibson field and the winners of the preliminary matches will face up in an all-out battle.

Leading into Thursday, the Casady community will have the chance to gather around the  stadium for a night pep rally. The pep rally will be filled with exciting performances from the cheer squad and pep band, competitive games with students from various grades, and to top it all off a brilliant display of fireworks as a finale. The rally, methodically planned out by the Student Council members, is a chance to involve the Casady community and invoke a strong sense of school spirit. Food trucks, an ultimate capture the flag game between the student body, and a special performance from a local band is sure to make for a good time.

As a finale to Homecoming ‘22, three major events are planned. First up is an all school pep rally, complete with glow sticks, smoke effects, and music. In addition to this, the Loop the Lake Parade is going to be held throughout the day in which students have the opportunity to “loop” the lake and view the various decade decorations that the grades have come up with over the past few weeks. The years range from the 1950s to the 2000s, and all serve as a tribute to the 75th Anniversary of Casady. After school, “Fall Fest” will begin with club stands and food trucks set up around the stadium and parking lots to set the scene for the big game tonight. This unique festival is an opportunity to show off Casady’s wide variety of clubs with individual tables and foods being set up by each club. All of these festivities lead into the football game with kickoff at 7:00.

Behind the symphony of events, are an army of various students and staff, all with the goal of making Homecoming the best it could be. From the creative art decorations to fun games such as “Capture the Flag,” groups of classmates have met together to bring various parts of Homecoming to life. Additionally, the Student Council has been vital in planning and organizing the busy week. Ayan Zubair (‘24), Co-Homecoming Chair alongside Milin Kumar, gave an idea of the work StuCo has been putting in the weeks leading up to the events. When asked how this year’s Homecoming differs from previous ones that he helped organize, he stated that “It’s the 75th Anniversary, so we’re trying to make this Homecoming really big. We’re planning out more events and making it more inclusive overall.” Vice President Adi Bhaktaram (‘23) also demonstrated how preparations for the week have been filled with constant work as he explained how the “weeks leading up to Homecoming have always generally been stressful for StuCo.” Because of his position as Vice President this year, Bhaktaram stated that he now has “more responsibility to make Homecoming as good as it can be.”

Apart from StuCo and the faculty, many students have taken responsibility towards helping out. An example of this can be seen from the UD and MD building decorating contest. This competition has brought out the best of the students’ creativity by assigning each grade to intricately design their buildings around a certain decade. Mollie Coate (24), who has played a central role in designing Johnston Math Building for the Juniors, has stated the competition has “made every kid want to decorate their buildings. Bringing in a competitive element has led to more excitement towards this project.” Mollie further explains how the competition has been “more student-led this year with students collecting and implementing ideas from their entire grade.” The group originally started with a few students who came in during their breaks to help out, but the group eventually grew to a sizable portion of the grade being involved.

To wrap up, this year’s homecoming lives up to its name through its multitude of intricate events, class involvement, and school spirit. Through the hard work of StuCo, the faculty, and the student body, the big game has all the hype it could need. As a great send off for the 75th anniversary of Casady School, Homecoming ‘22 is one for the history books. 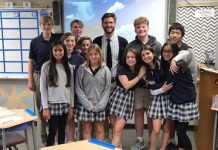