Approximately eight million high school students in the United States play sports, and according to the NCAA, only 6% will go on to play a varsity sport in college. Many student-athletes envision playing collegiate-level sports, and the dream of signing their National Letter of Intent with their chosen college has become a reality for four Casady students in the Class of 2022. Seniors signed their National Letters of Intent to play Division I and Division III collegiate-level sports this upcoming fall. Tucker Jacobsen (’22) committed to Washington and Lee University for football, Alex Angeles (’22) committed to Oklahoma Christian University for soccer, Shanta Ramdas (’22) committed to the University of Chicago for cross country/track and field, and Modesti McConnell (’22) committed to Georgetown University for basketball. On Wednesday, April 6th, Upper Division students gathered in the Bennett Athletic Center to celebrate our recruited senior student-athletes. The Athletic Signing Ceremony kicked off with a welcome from Casady’s new Athletic Director, Mike “Coach Shep” Shepherd, and then coaches for each athlete reflected on their personal experiences coaching their student-athletes at Casady.

For some students, their passion for sports began in early childhood. In kindergarten, Tucker Jacobsen began playing flag football on his brother’s 2nd grade team. Over the years, Tucker’s athleticism has shown its prevalence as he has played varsity baseball, basketball, and football for Casady. During Tucker’s junior year, he knew he wanted to play college football after he broke his hand in Casady’s first game against Oklahoma Bible Academy. Wrapped in a cast, he played in Casady’s next game against Holland Hall, and during Casady’s third game, Tucker broke his other hand in the first quarter against Crossings yet continued to play the rest of the game. Upon reflection of this incredible feat, Tucker said, “This [experience] showed me how much I wanted to keep playing football beyond high school.” The summer before Tucker’s senior year, he attended a football camp at Yale University where he met several college football coaches. When he toured Washington and Lee with one of the coaches, Tucker “fell in love with it,” and shortly thereafter, the Washington and Lee Generals gave him a recruitment offer. For student-athletes who would like to be recruited, Tucker’s advice is to “compete in as many sports as you can. Attend camps, showcases, and get out of your comfort zone. It will definitely be worth it. I know I was tentative and nervous to travel to these far [away] events at first, but if you just put yourself out there, great things will happen.” Great things are bound to happen on Washington and Lee’s football field next fall with Tucker on their team.

Alex Angeles also began playing sports at a young age. Alex was three when he started playing soccer, and by age nine he began competing on a club team. At Casady, Alex has also participated in cross country and track in addition to practicing soccer 10-12 hours a week. Time management has been a critical component to Alex’s success balancing sports and school, and Alex recommends that other athletes “find a schedule that works best for you to balance athletics and the homework load. Everyone works differently, so find something that works.” Additionally, Alex stressed the importance of academics for student-athletes, and he encouraged others to “not forget about the academic side if you plan on continuing your athletic career. It is a very important part of the process. Also, talk with your coaches [as] they will give you the best help.” Alex will continue balancing academics and soccer at Oklahoma Christian University where he is “most looking forward to the new and more challenging competition that college brings” while he competes as an Eagle.

Student-athletes at Casady must learn to balance their academic workload with the training and practice required to be an elite athlete. Shanta Ramdas trains six days a week for about two hours each day, running 35-40 miles a week. Shanta’s advice for student-athletes wanting to pursue their chosen sport while maintaining good grades at Casady is to “make sure you get enough sleep. Sleep is super important to perform both in athletics and in school. It also ensures that you stay healthy, which is very important for college recruiting.” In fact, in an effort to stay healthy, Shanta prioritized sleep before sports and academics. Getting the needed amount of rest enabled Shanta to excel on the field and in the classroom. For student-athletes who want to be recruited for college sports, Shanta’s advice is to “stay dedicated and committed to your sport, and continue to work hard in school. There is a school for everyone looking to play sports in college so long as you work hard.” Shanta’s college recruitment process began after her sophomore year when she emailed coaches, and she continued to refine her college list during her junior year. The summer before Shanta’s senior year, she met with coaches and concluded that the University of Chicago was her top choice. In mid-September, Shanta received a likely letter from the UChicago Maroons that confirmed her admission.

Casady’s student athletes were joined by family, current coaches, and future college coaches during the Athletic Signing Day. For students to reach the level of play required at the collegiate-level, their chosen sport requires years of practice and the support of family and coaches. Modesti McConnell is grateful for her family’s support and shared that they were “in the gym with me everyday, taking me to basketball tournaments, and simply watching basketball with me to make sure I understood the game. They made sure I had the best trainers and best opportunities so that I could maximize my potential.” Modesti also benefited from a coach who prepared her for college recruitment as she acknowledged, “My AAU coach was very instrumental [in] ensuring I had the opportunity to play and showcase my skills during the summer of 2020 and the beginning of Covid.” Modesti’s commitment to putting in extra time to practice her basketball skills have resulted in playing for the Division I Georgetown Hoyas women’s basketball team. Modesti’s advice for student-athletes is to “never be comfortable at where you’re currently at. Always work to become a better player and person.”

Congratulations to Casady’s student-athletes who will continue to play sports next year at the collegiate-level! Your hard work, both athletically and academically, have paid off. 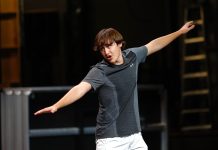 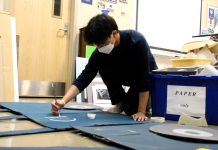