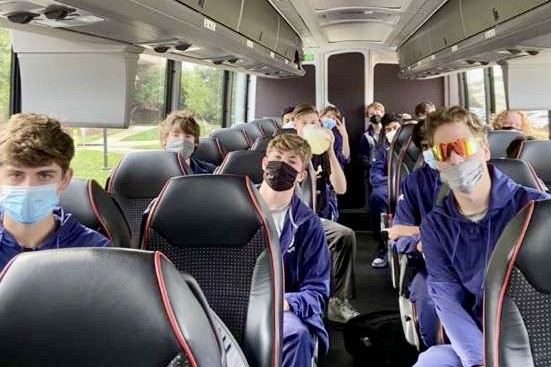 Last Friday and Saturday, the boy’s volleyball team commenced their travel season by driving down to Dallas and competing against Greenhill and St. Mark’s School of Texas. The outcome was not what the Cyclones were looking for as they finished 1-3 against Greenhill and 0-3 against St. Mark’s School of Texas, but the Cyclones learned about the competition they will have to prepare for in future games and they seem eager for payback. Even though the team lost, Grayson Wileman (‘23) was just glad that he got to travel and spend the night with the team again. With COVID last year, the boys’ volleyball team was restricted to playing two local teams: OKC Storm and a group of Alumni. When they heard they were traveling again this year, they were ecstatic to get on the bus.

Volleyball is a sport that is dependent on teamwork. Every player on the court is a vital part of the team. Even if a player doesn’t touch the ball on a certain play, that player could still have a great effect on the team. In this sport, a player who talks and communicates is the equivalent to a player who touches the ball every play. This chemistry is what makes volleyball teams so successful. The way the Casady Boy’s Volleyball team works on this is by doing activities on the bus rides. Wileman exclaimed that, “Volleyball is a team sport, and being on a bus for multiple hours helps me and my teammates build connections and we end up getting close.”

On the trip to and from Dallas, the players participated in activities to lighten the mood and help them get through the trip. After their game against St. Mark’s on Saturday, the team quickly made a pit stop at Buc-ee’s before heading back to OKC. When returning back to the bus, Peter FitzSimons (‘23) entered with a body suit of Buc-ee and Nishant Shrivastava (‘24) returned with a bright red umbrella and a beaver hat that blended in so much with his hair that his friends did not even notice. Shrivastava said, “It was weird and funny when some of my friends couldn’t notice the difference between my hair or the hat.” This, however, was just the beginning for them. After Shrivastava’s purchase, he wanted to find a way to put it to good use. So Jake Woody (‘23) decided that the team should have a limbo contest. After the ride, Nishant thought about his choices and decisions on the bus: “The umbrella seems stupid at first, but we found many uses for the umbrella. Even though people questioned my decision, I think everyone enjoyed it.”  These kinds of activities were the ice breakers for some of the students who weren’t familiar with the upperclassmen or lowerclassmen.

There is a possibility that these SPC travelling teams may become a thing of the past as Casady considers leaving the conference. Jay Gallegly, the men’s volleyball coach, is making preparations in case we do. Casady has been the only school in Oklahoma to have a boy’s volleyball team for many years and all of our competition was in Texas. Coach Gallegly thought that it might be a good idea to start a new boys volleyball league in Oklahoma which would increase the popularity of the sport. He did this by creating the Oklahoma Boy’s Volleyball League, which is made up from different schools in Oklahoma. Including the SPC schedule, all three Casady boy’s volleyball teams are participating in this league. Wileman thinks that this is a great idea because “it would give kids more of a chance to try the sport and not have to worry about fully committing to the sport like you would with a club.” As a club player for Kaizen, one of the two boys club teams in Oklahoma, Wileman understands the importance of being able to try something new, but not have to worry about committing to it through a club.

Overall, the JV and Varsity teams had their moments on the court, but they also had many off the court. From Kendall Landis (‘22) hitting the ten-foot line, Jack Morgan (‘23) hitting a shot, to watching Tommy Boy, and having a lightsaber fight – all of these volleyball players have one thing in common: community. With the bus rides, the players became more like a family rather than a team. With the jokes they pulled, like constantly hiding Quincy Cole-Stevens’ (‘25) phone in a pizza box, the players and team built a bond that is unbreakable. Without the Southwest Preparatory Conference (SPC), the conference the boy’s volleyball team loves, the development of chemistry among team members would be difficult. Without team dinners and the travel, the players could treat this volleyball season like a requirement. Grayson Wileman reflected: “The best moment I’ve had this year right now is when we were having a team dinner and we all stood in a circle and tried to see how long we could keep the ball up in the air using only our heads.” 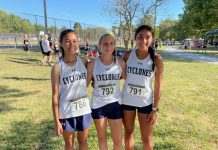 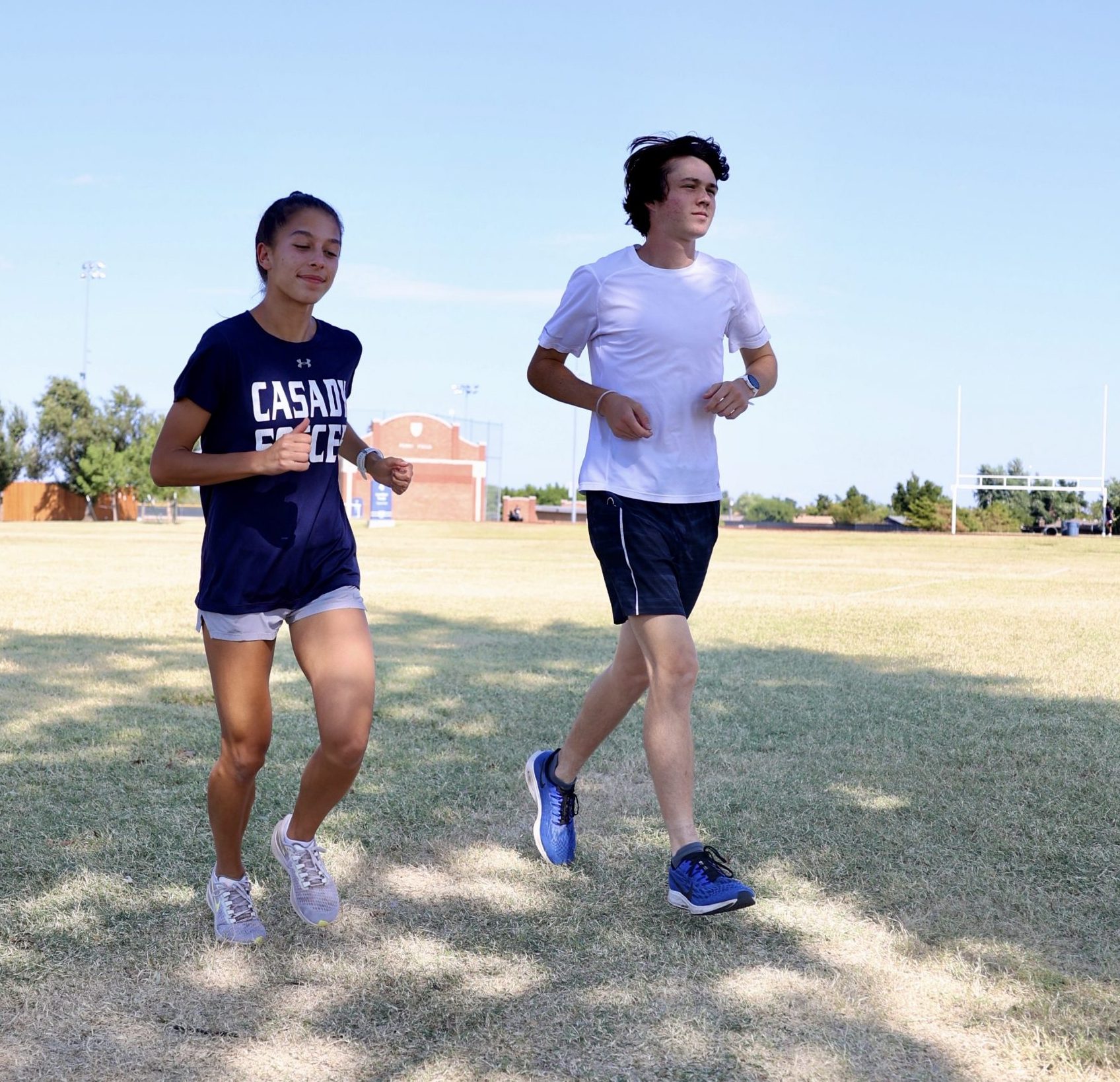 Shanta Ramdas and Larry Mathis are Casady Athletes of the Week

Shanta Ramdas and Larry Mathis are Casady Athletes of the Week