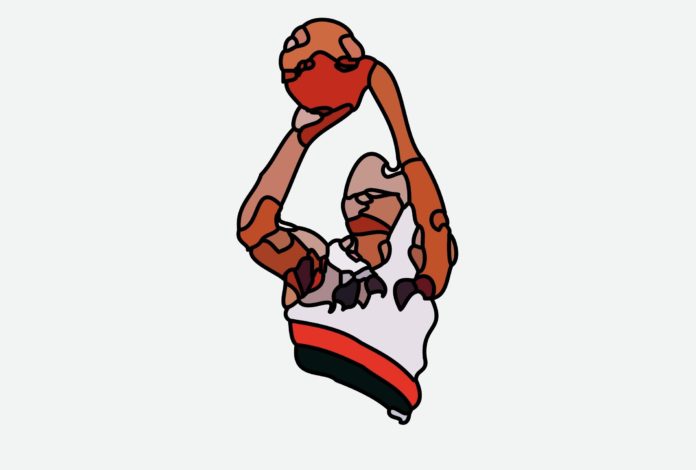 That was the ball that killed us, and it killed us quickly. Actually, in retrospect, I suppose it wasn’t the ball that killed us so quickly, but rather a myriad of competitors, all disguised under one moniker: Trail Blazers. The ball was merely the weapon. And their general, in the most devastating way possible, was better than ours. His name was Damian Lillard, and he had no reason to be better than our general. Our general, south Los Angeles basketball legend, captain of the UCLA Basketball team, first round pick, franchise player, most valuable player, Russell Westbrook, who recorded the best statistical season in the history of the NBA, was getting embarrassed by a point guard from Weber State, a four time All-Star who raps on the side. Make no mistake; Damian Lillard was a hometown hero in a different way. An alumnus of Oakland High after a failed stint at a private school, a two-star prospect, and an eventual NBA Rookie of the Year, Damian Lillard knew what it felt like to overcome adversity. Now, he’s here. Up 3–1 in a series against my favorite team in the history of sports, and he could send us home with one shot.

After a few quarters I had watched in which the Oklahoma City Thunder held a lead throughout most of the game, the Portland Trail Blazers had mounted one of their infamous comebacks. C.J. McCollum, another under-recruited and under-appreciated guard who apparently doesn’t miss against my team, would find open shots, contested shots, any shot at all, and then he would conjure up a series of these shots that piled up on the scoreboard like papers due in the last week of school. Before I knew it, the game was tied. I remember before the game, and how I felt.

I held, and still hold, some irrational hope in my team, a mentality that no lead is too big for Russell Westbrook, and no player is too good.

Russell Westbrook had changed my perception of the sport of basketball, because he was a new type of player. He knew he wasn’t the tallest, and yet he still got rebounds. He realized his shooting deficiencies, and still averaged over twenty points a night. He harnessed his quickness on defense, making sure that every loose ball was his, and every fast break his journey to the Promised Land. Best of all, he was on my team. His linear progression and upward trends had been in my hometown, and as far as I was concerned, he was an Oklahoman in every sense of the word. When Russell Westbrook gets a technical foul, not once have I believed that it’s an argument for his own stat line, but rather a plea for another chance at bringing the people of Oklahoma City another win. How could I not think he was the best point guard in the world? His losses were my losses, and his wins were mine, too. Russell, like all the great players we hear about, played every game like his city depended on it.

But so did Damian.

With fourteen seconds left in the game, I realized, staring at my indelibly bright television screen, that Damian Lillard was Russell Westbrook to a kid in Portland. And in fourteen seconds, he was about to become Jesus Christ to the city of Portland. The way he carried himself down the court as the clock ticked away, implied defeat for my point guard and our city. He didn’t care that one of the best defenders on the league was attached to him, mirroring his every move and closing every open spot. He didn’t care about the noise in the crowd, but he did care about the fans in the crowd, just like Russell would, had they played in Oklahoma City.

Damian Lillard’s very presence on the court, his aura in that last possession for the Oklahoma City Thunder, made me lose confidence. One dribble, two dribbles, through the legs, side step, fadeaway. Thirty-seven feet away from the basket, the Thunder became old news, and so did Russell Westbrook. Damian Lillard’s shot was emblematic and final.

The quarreling and disputes that Russell Westbrook and Damian Lillard participated in was not over, but there was a loser: my point guard. So, as I watched the city of Portland’s imposing celebration, and as I felt the sorrow of Oklahomans around the state from my bedroom, I knew Russell Westbrook had been defeated. The man who I believed to be the best point guard in the world was no longer such. 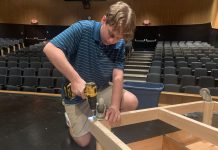 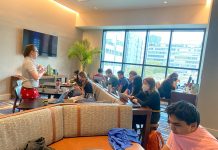