The 2016 NBA Finals was one of the greatest series,and possibly the greatest comeback, in NBA history.  The Cleveland Cavaliers did something nobody has ever done–come back from trailing 1-3 in the NBA Finals. In what possibly could be the biggest Game 7 of the NBA Finals of the decade, Kyrie Irving shot a three that may have altered the NBA forever.

Irving drained the three that gave the Cavaliers the lead that they would keep until the game ended. NBA fans did not understand the magnitude of Irving’s three. Not only did Irving’s three give the Cavaliers the lead, but it won the game for Cleveland, ending a 52 year Championship drought, allowed LeBron fulfill his Promise to Cleveland, it made NBA history, it prevented the Golden State Warriors from being the greatest NBA team ever, and eventually made Kevin Durant leave for Golden State.

The city of Cleveland has three professional sports teams, and until this year they suffered a 52 year championship drought. Their last championship was in 1964. To emphasize how long ago that was: the Vietnam War was just wrapping up, LBJ was president, Nelson Mandela went to jail, and the Civil Rights Act was signed in this year.

The 2015-16 Cavs ended this drought. Led by the “Chosen One,” LeBron James. In 2003, LeBron, an Ohio native, was drafted and Cleveland fans expected that he would end their drought. And in 2007, LeBron led them to their first NBA Finals appearance ever. However, the Cavaliers were swept and in 2010 their “Chosen One” departed for Miami, where LeBron won his first championship.

Cleveland fans doubted whether they would ever win a championship in any professional sport. However, their doubts were over when a miracle happened. On July 11, 2014, LeBron returned to Cleveland, joined by Kevin Love and Kyrie Irving.

LeBron led the team back to the NBA Finals, where he would win Cleveland’s first NBA Finals game. The team lost in 6, to their future foes, because of the loss of both Love and Irving. However, Cleveland remained confident because they knew they would be healthy before the next playoffs. Their prayers were answered by a second trip to the Finals with a healthy roster. Still, the Cavaliers went down 1-3 to the reigning champs, the Golden State Warriors. Cleveland fans now started to worry that this would not be their year. However, the Ohio native and the “Chosen One” did something that no other team has ever done in the history of the Finals. He led his team to tie the series up and win the Championship, after trailing 3 games to 1. The play that gave the Cavaliers the lead that won the game, and made history, was Kyrie’s three-pointer.

Due to the Cavaliers winning the Championship, it made the ex-Defending Champs and possibly one of the best regular season teams a loser. Going into the Finals, The Warriors were on the verge of becoming the best team in NBA history. They won a league-record or 73 games, and came back from trailing 1-3 against the Oklahoma City Thunder. Then they went up 3-1 against LeBron James’ Cavaliers.

However, Golden State blew their 3 games to 1 lead in the series, and lost in 7 games. In those 3 crucial games they lost, two of them were at home. During the offseason, all eyes were pointed toward them. How were they going to react to losing? Would they be dominant again next year? These were some of the questions NBA fans talked about. However, all these questions were gone after they signed ex-OKC Thunder superstar, Kevin Durant.

The Thunder will still make the playoffs and will still be good, but Durant leaving made their 3-2 odds of winning a Championship move to 30-1. Durant joining the team that upset his Thunder team hurt Thunder fans. The same hurt the Warriors felt after blowing a 3-1 lead in the Finals to the Cavs. They lost to a team that made history and ended a 52 year Championship drought. However, all of this was possible because Kyrie Irving, of the Cleveland Cavaliers, made a three pointer that changed the dynamic of the league. 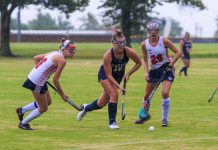 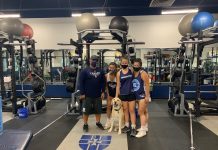 Cyclones Get Strong While Staying Safe 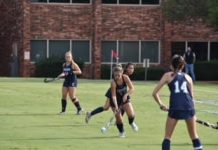 Casady vs Holland Hall: The Start to an Unconventional Season