Whether you think he is the greatest President or the worst, Obama’s name will be one for the history books and one that will reverberate through the ages. Yes, he is the first black President, but he also managed to accomplish a great deal during his Presidency. You may not agree with what he did, but you’ve got to admit that he did do something.

Obama’s legacy is far from secured, however, much of it depending on who is elected as his successor this following November. Republican candidates have promised to reverse nearly every major action achieved during his Presidency. Obama’s entire work has the potential to be wiped clean as soon as he is gone.

Therefore, let us take a moment to appreciate what he has accomplished before that happens.

The trade embargo and lack of diplomatic ties that characterized U.S-Cuban relations for over 50 years was ended under the leadership of President Obama. Dubbed as his “finest foreign policy achievement” by The New Republic, the President began secret meetings with Cuban diplomats from early in 2013, and the rest was history.

Embassies reopened in D.C. and Havana, prisoners were exchanged, and Cuban cigars were made available for millions of Americans across the country. Thanks Obama!

The 2008 Presidential campaign became all about the economy after the housing market collapse earlier that year, and Obama delivered on his promises. Within a month of his inauguration he signed into law The American Recovery and Reinvestment Act, otherwise known as The Stimulus package of 2009.

The effects were immediate as unemployment rates began a steady decline and The United States experienced its fastest rate of economic growth since WWII. The legislation encompassed all parts of the economy, from tax incentives to education and housing reform, and benefited millions of Americans in multiple ways.

Though the stipulations of The Iran Nuclear agreement are just coming into effect and its consequences have yet to be seen, it should be hailed as a great accomplishment for the simple reason that it averted what would have been a long and bloody war with Iran if the rogue nation had continued its efforts of nuclear proliferation.

Though it was criticized by Israel, Saudi Arabia, and a majority of Congress, it was also lauded as one of the greatest diplomatic achievements of this century. The deal was signed last July by six of the worlds biggest powers, headed by the leadership of President Obama and his Secretary of State, John Kerry.

By far the most controversial and divisive piece of legislation to come out of The White House since 2008, The Affordable Care Act, a.k.a ObamaCare, has provided health insurance for nearly ten percent of Americans, acting as the largest overhaul of the country’s healthcare system since the passage of Medicare and Medicaid in 1965.

It has also been ruthlessly trashed as a huge mistake, even being called “the worst thing to happen to this country since slavery” by one Republican Presidential candidate. It is sure to be stripped down and tossed away if a Republican takes office next year, so there is a lot riding on this campaign for Obama’s domestic legacy, and also for the millions of people who received healthcare for the first time with the ACA.

Though a fairly low-key event here in the United States, the 2015 Paris Climate Change Agreement is arguably the greatest accord in all of human history.

This is a bold statement, I know, but when was the last time nearly every single country in the entire world came together and signed an agreement that would have an impact on the lives of all seven billion of its human inhabitants.

And though by no means the working of Obama alone, the Paris Agreement was spearheaded by American leadership that accomplished the unthinkable feat of bringing together all the nations of the world to make a pact to secure a safe future for all of humanity.

It’s too bad no one in America knows about it.

There were, however, multiple campaign promises the President was not ready to fulfill, frustrations he was unable to overcome, and situations he and his administration were not prepared to handle. If left unresolved, these failures could put a large stain on his legacy. Here are the top 5 problems Obama needs to fix before leaving office. 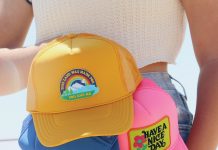 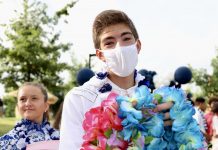 The Constant Change of a Pandemic Year: The ’21-’22 School Year 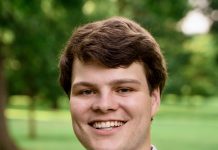 College Connections: Adam Hughes (’18) at the University of Connecticut

The Constant Change of a Pandemic Year: The ’21-’22 School Year

College Connections: Adam Hughes (’18) at the University of Connecticut